This Jormungandr tapestry features the Vegvisir or "Wayfinder" at its core. It is complete with a background of runes.

Also known as the Midgard (world) serpent, Jörmungandr is a giant sea serpent and the child of the giantess Angrboða and Loki – the trickster of the Norse Gods. In accordance with the Prose Edda, Odin threw Jörmungandr into the great ocean that encircles the world. He grew so large that he surround Earth, grasping his own tail. It was said that if the World Serpent were to release its tail, Ragnarök (the end of the world) would begin.

The Viking Compass (Vegvisir or Wayfinder) is a Viking rune that re-traces their ancient voyages across the North Atlantic Ocean. Archeologists have confirmed that Vikings had no magnetic navigational instruments. Vegvísir, meaning 'Wayfinder', was described in chapter 17 of the Icelandic Book of Oddi as "a sign by which those men sail now who have a logical nature. It provides the Vikings with the means of positioning themselves toward distant shores.

Thank you very much! 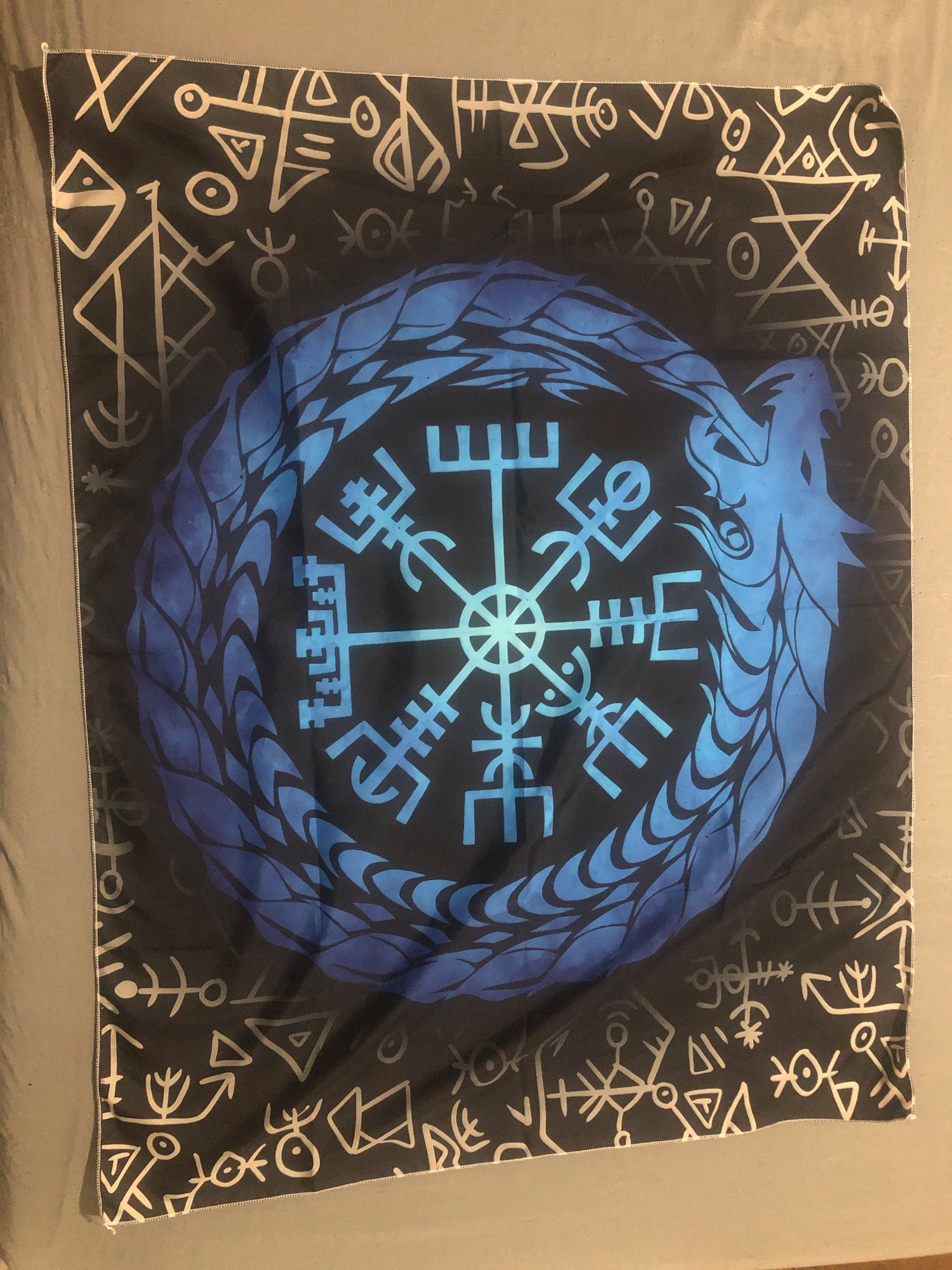 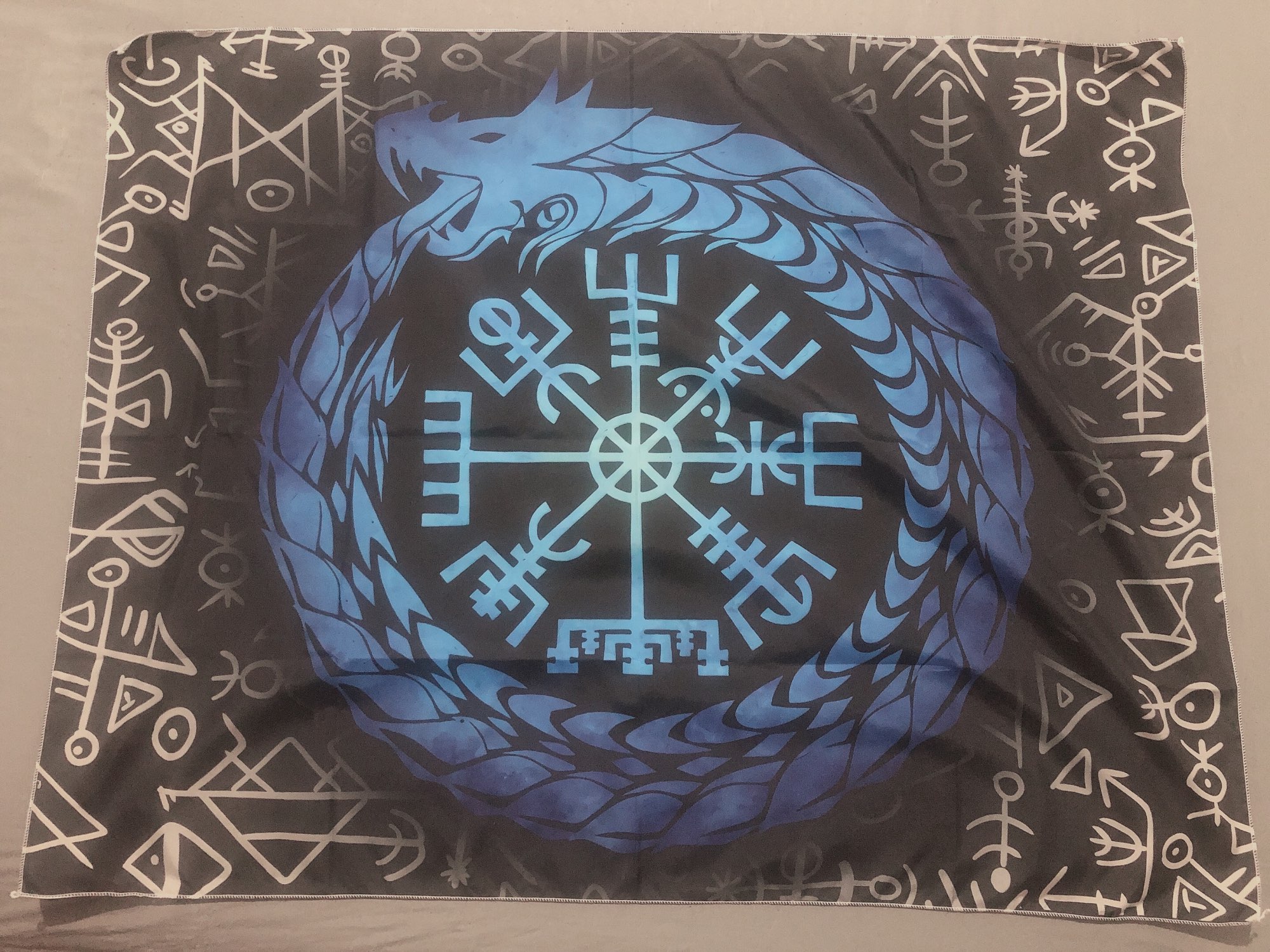