This Ouroboros Jormungandr Viking Infinity Bracelet is forged from steel and is built with a clasp closure.

Jormungandr is one of the children of Loki, the god of chaos, and Angroboda, his giant mistress. He inherited his size from his mother and his destructive tendencies from his father. However, he is more animaistic than either of them.

Loki and Angroboda have two other children: Fenrir and Hel. Odin cursed Jormungandr as a child to live in the deepest part of the ocean… but there, in the cold and dark, Jormungandr grew so large that he began to encircle the world. He grew so big that he had to bite the end of his own tail to avoid moving and destroying much of the world.

Viking legend has it that when Jormungandr releases his tail, at last, Ragnarok shall begin. Let this scaled Ouroboros bracelet remind you of eternal struggles, the careful balance between freedom and chaos, and that even eternal things may in time see their end. 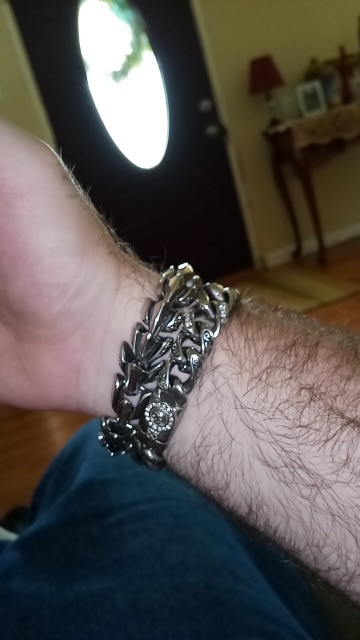 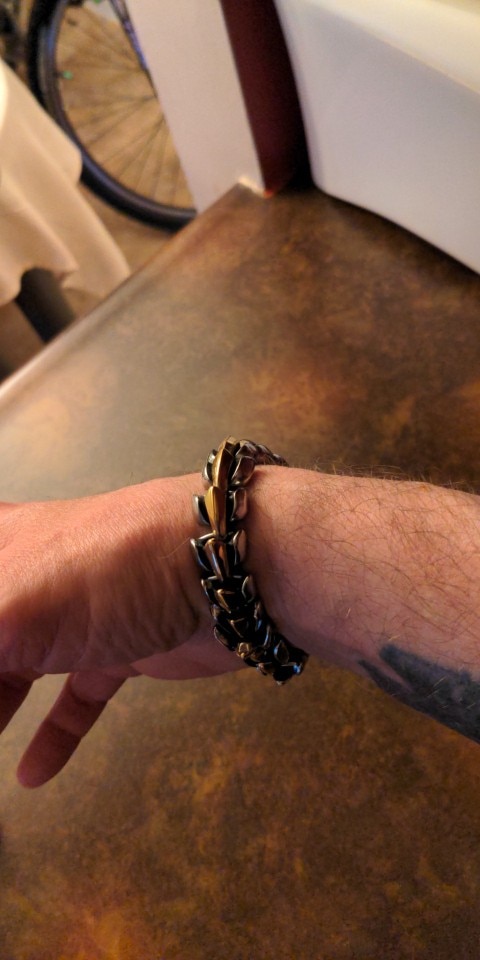 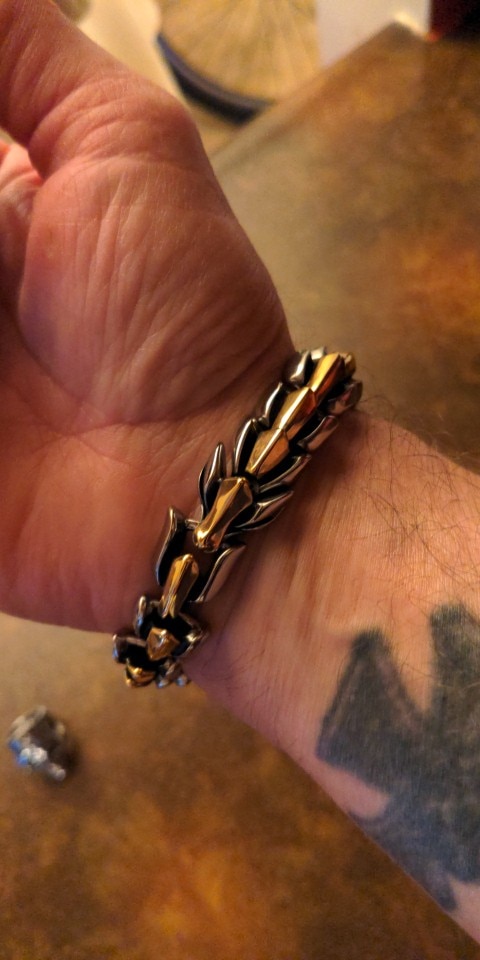